Locaweb, one of the largest web hosting companies in Brazil, hosted this year's RubyConf at Universidade Anhembi Morumbi in the heart of São Paulo's booming Vila Olímpia area. Our Avenue Coders couldn't miss it! 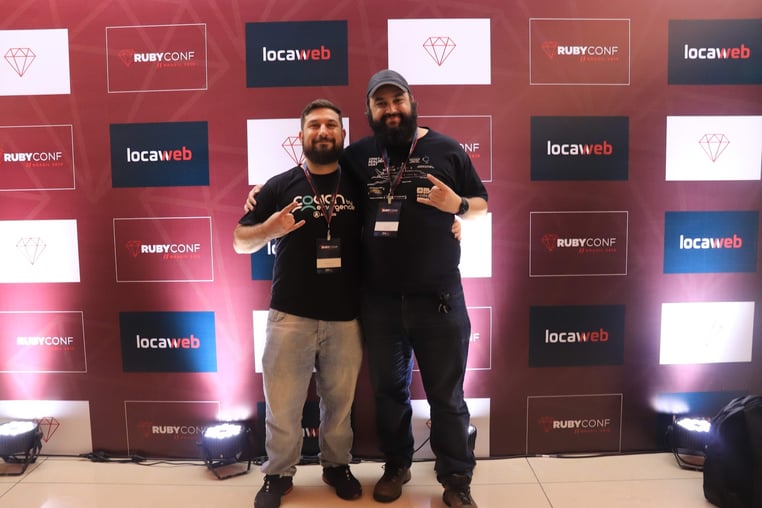 Over the years, RubyConf Brasil has matured and gained a lot of traction. With two days of activities and talks from a variety of São Paulo companies, this event shows that Ruby’s adoption in Brazil is still going strong.

This year, RubyConf welcomed a lot of new programmers and companies that are adopting Ruby. Several startups are using Ruby to power their innovation, and to steer that innovation into a brighter future, RubyConf brought several interesting topics, from new core language features to architecture to metrics to LGBTQI + challenges and accessibility discussions.

For more experienced developers, Lucas Uyezu's (Shopify) opening talk introduced the new static type checkers in Ruby 3 and how to use tools like Sorbet to start incorporating type checking into apps.

"Static type checkers and type annotations can help you find implicit concepts and code smells in your code ." - Lucas Uyezu

Lucas and his team have spent months implementing type checking in their project and, in his talk, he explained challenges and improvements of this new Ruby implementation.

As for new companies and teams, starting a new web application can be quite challenging given the amount of alternatives and choices available.

Since version 0.1 of Rails was released fourteen years ago, several similar web frameworks have appeared and many developers wonder if Rails is still a good option in 2019. Thiago Pradi (Trusted Health) showed in his talk that it is!

In his talk “Domain Driven Rails,” Gabriel Ferreira (Locaweb), showcased how applying DDD concepts when redesigning one of their major customer-facing tools helped them solve several issues and deliver a higher quality product on time that was easier to maintain.

For Companies Big and Small

This conference showed that there are many startups and big companies that are using Ruby and Ruby on Rails nowadays.

We had proof that Ruby can fit your business model as Ludmila Pontremolez (CTO - Zippi) showed in her talk how Sidekiq powered up fintech Square's Payroll of filings and payments for all U.S. states.

The Future of Ruby

Thanks to its intuitive, simple, and readable syntax, Ruby is great for startups and internal tools and results in much higher productivity. Faster development means a quicker time to market, which is important for startups with a limited budget. This way, more money can be invested in the development of additional features.

Rails 6.0 was released this year, and it’s packed with many features that both smaller and bigger applications will benefit from, as it seems that many improvements related to speed and scalability were introduced in Rails 6. Two new additions to the Rails family are Action Mailbox and Action Text, which came straight out of Basecamp.

In December 2020, as a Christmas gift, we'll receive a lot of improvements with Ruby 3.0, which will be 3 times faster.

Big companies such as Airbnb, GitHub, SlideShare and Zendesk are using Ruby on Rails, which shows how great it can be!

Rafael Silva is a Software Engineer and Ruby Mentor at Avenue Code with a passion for technology, software design and architecture, motorcycles, and adventures.