Why Should You Use Domain Project?

The main power of Domain project really comes into play at the time of Deployment (Mule Runtime). Along with sharing common configurations among the projects using the Domain project, it can also be used to share common libraries among the projects. (I will discuss how to tweak with Domain Project to reduce the Mule deployment time in another article). In general, though, sharing common flows like exception handling, etc. is not a great idea in Domain Project.

Mule has an out-of-the-box concept where every flow is treated as a Spring Bean.

So, my argument is: why don't we create a project and put all the common flows, resources (HTTP, VM, etc.), and connections and export this as JAR and use it as a dependency in other projects and load the flows as Spring Beans?

Most importantly, I am exporting this project as a JAR file instead of the conventional ZIP. Here is the source code of the project. In this project, I have two flows only:

This is an empty flow without any flow elements. It only contains an HTTP Listener configuration. 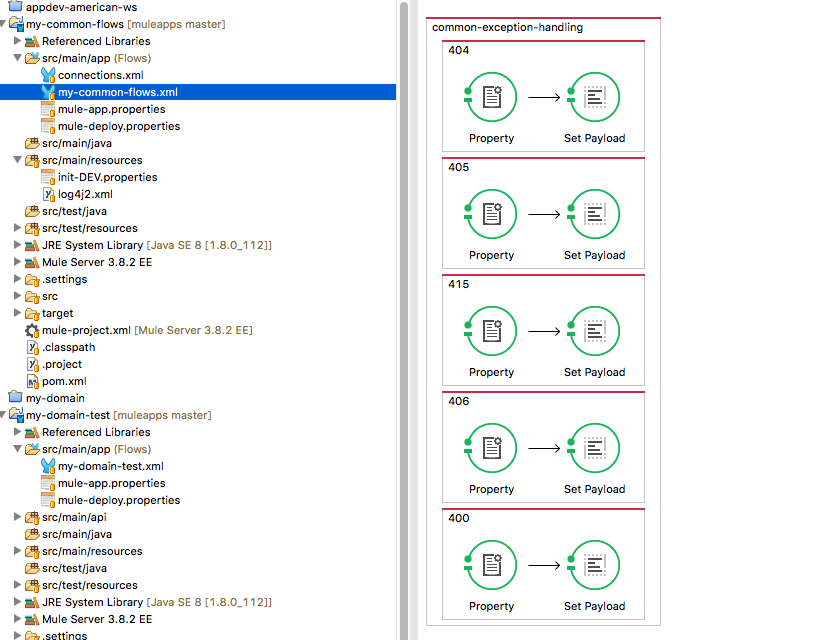 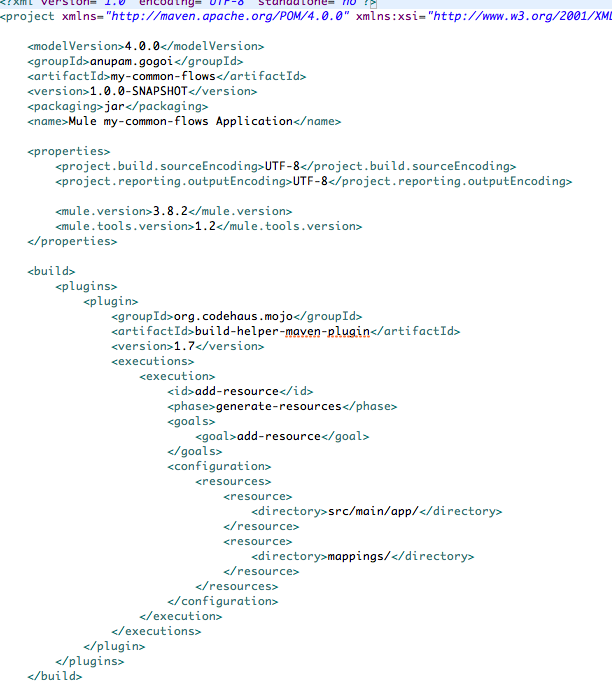 Now we are going to use this common resource in a project named my-domain-test. The source code is available here. So, first of all, we will modify the pom.xml file of the project and insert dependency of the common resource project we have created above. Here is a part of the pom.xml:

Here is the simple flow diagram: 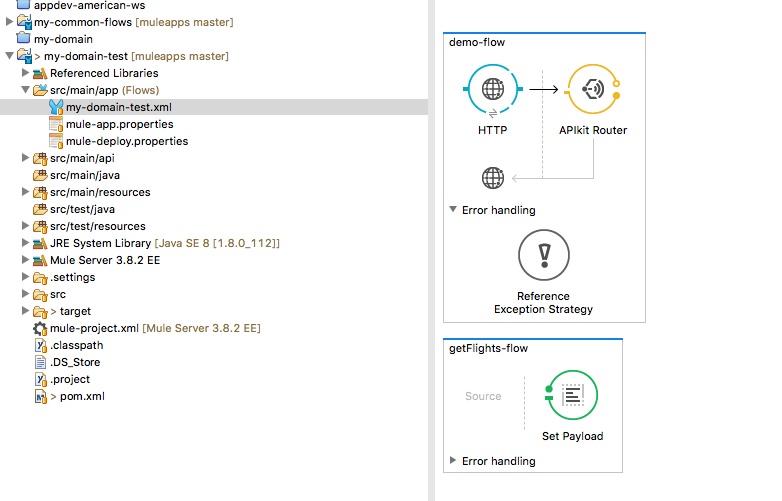 The most important part in the configuration file my-domain-test.xml is the following:

When importing the shared resources in other projects, Anypoint Studio occasionally fails to load the resources. To solve this, just close and open the project.

The above discussion shows how easily the common flows and configurations can be shared using Common Project. Thus we can eliminate the limitations of Domain project when it comes to sharing common flows and configurations. However, for sharing common libraries among various projects in Deployment scenarios (Mule Runtime)  under the same domain , Domian Project plays a great role.

Let's get in touch about how Avenue Code can guide you as the preferred systems integrator for MuleSoft Anypoint Platform!

Anupam Gogoi is an Integration Engineer at Avenue Code. He has been working in software development for about 9 years, implementing solutions in Java technologies as well as in SOA domain. He is a hardcore JAVA and MIDDLEWARE evangelist.

How to Integrate Prettier and ESLint in VSCode and React