This Snippet presents a backend model project in Node.js that supports the generic CRUD API based on typescript-rest (express.js extension based on annotation for typescript library). This model project is capable of accelerating application development and facilitating its maintenance. Because of its standardization proposal, the results are code reuse and good development practices.

The acronym CRUD (CREATE, READ, UPDATE, and DELETE) is an abbreviation for the most common operations to be performed on databases, so CRUD API is the way to carry out these operations through the HTTP protocol (POST, GET, PUT, and DELETE).

The project (ac-node-generic-crud) intends to expose CRUD routes to the specified data model by using the Design Pattern Template Method. Another benefit of this model project is its ability to generate automatic Swagger documentation using the typescript-rest library.

With a simple implementation, the developer will be able to extend concrete classes from abstract classes. These abstract classes have controller, service, and repository layers that handle generic objects, requiring only the data model to be operated by the subclass. After using these features, all exposed CRUD endpoint routes will be able to manipulate the entered data model.

Before we talk about how to build a generalist CRUD API in Node.js, let's review the design patterns we'll be using and how they work. But before that, what exactly are design patterns?

In software engineering, a design pattern is an optimized solution to a common problem that exists in various system implementation demands and can be reused in different situations. It is also a template that can be customized to solve a specific problem in code.

Why Use Design Patterns?

Of course, each developer thinks and codes differently, and because of that, some challenges start to emerge. Continuing another developer's work can be a daunting and unproductive task, especially if there isn't a design pattern to follow. Of course, these development hurdles go beyond simplistic analysis. The demand for projects to be delivered quickly, for example, often prevents teams from worrying about documentation, so it becomes a secondary activity.

In practical terms, imagine the following scenario: Developers may be pulled in and out of projects as some developers are assigned to new projects and others on bench are called in. Some internal projects may have problems in their continuity given the lack of standardization of codes and the lack of documentation, making it difficult for another developer to understand the project. A standard design scope is then required to make it easier to understand the code already developed. The biggest challenge now is understanding the business rule.

From a corporate standpoint, another design pattern benefit is customer acceptance. Maintaining a standard means maintaining quality and level of development. So internal organization, if well presented, can be used as a selling point for potential customers.

"In Software Engineering, Structural Design Patterns are Design Patterns that ease the design by identifying a simple way to realize relationships between entities" (Source Making).

Some Patterns Used In This Project

The Decorator pattern lets you dynamically attach new behaviors to objects, extending their capabilities and functionality. 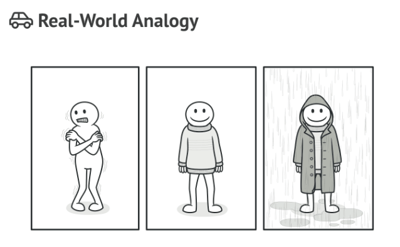 The Singleton pattern ensures that a class has only one object as its model instance, but it gives a global point of access to that instance.

Template Method is a behavioral design pattern that specifies an algorithm skeleton, allowing subclasses to implement their own methods without changing the base structure. Its applicability is diverse, being recommended mainly for: 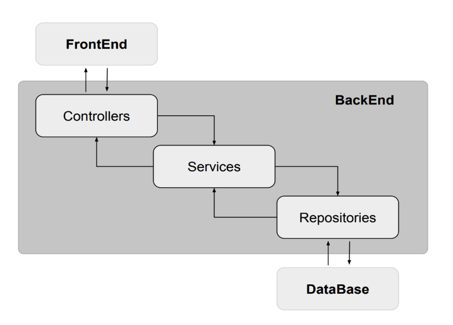 The controller layer is responsible for routing and validating objects, also implemented in a generic way. The subclass simply implements the getValidationSchema() method and specifies attribute information to the Joi object validator.

The second layer (service) implements business rules. Considering that CRUD operations will be performed using as reference the primary key of each object, the Service layer is responsible only for the redirection of data to the repository layer.

Finally, we have the repository layer, which uses TypeORM as the interface to various relational and nonrelational databases. The first version of the template project supports MongoDB, MySQL, and Postgres. To use other databases, you only need to change the class responsible for the connection. See some examples of connections in the ac-node-generic-crud project database directory (path: src/database).

The implemented model project already has all the necessary settings for the Typecript-Rest library to expose the Swagger documentation of its API. Simply use the data model for three-tier architecture (inheritance of abstract layers), and then, after application build, routes will be available in the url localhost:7000/api-docs.

Mocha is a test framework that configures test suites, and Chai is an expectation framework that makes it easier to build tests against code. The model project is set up with Mocha and Chai and contains some example tests. After testing, coverage reports can be viewed in the /reports/coverage directory.

The report has 4 metrics:

Typescript-rest is an annotation-based express.js extension for typescript. This library allows you to use ES7 decorators to configure their services. Using this feature provides automatic Swagger documentation generation.

Typescript-rest-boilerplate is a minimalist project based on the typescript-rest library. It has an initial configuration for building APIs, with some examples, and support for testing using Mocha and Chai. It already uses some development aids such as TSLint, clustered server instances, some middleware, and MongoDB connection.

I hope you enjoyed this guide on how to build a generalist CRUD API in NodeJS! For references and further reading, check out:

Up Your API Game with GraphQL